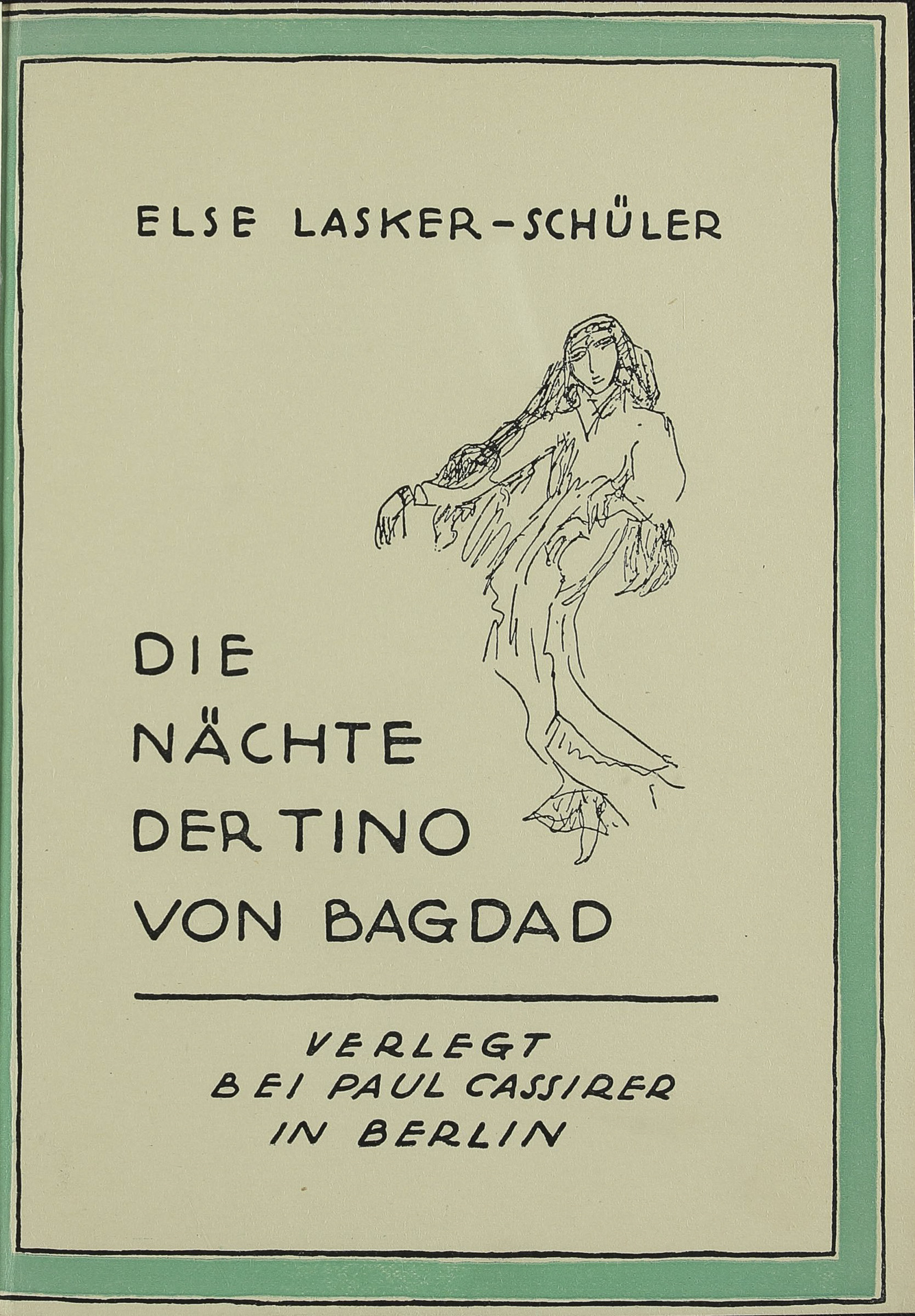 Else Lasker-Schüler was never a dancer, yet her choice of dance as a fundamental metaphor that encompasses all of life’s facets is not surprising. During the first decades of the twentieth century, dance had a tremendous impact on German and European cultures, both as praxis and as metaphor, and was enormously significant to the evolution of the artistic avant-garde. Challenging traditional concepts of art and offering new, yet at the same time primeval, expressions of the human body, dance was considered the art of »becoming« (constantly evolving), rather than »being« (in a fixed state). As the art of metamorphosis, it was powerful enough to bring to life even an ancient mummy, as described in the tale »Ich tanze in der Moschee« (»I Dance in the Mosque«) from the volume Die Nächte der Tino von Bagdad (»The Nights of Tino of Baghdad«, 1907/1919). We find many more uses of the word »dance« and its derivations throughout this text. A handwritten draft of »I dance in the Mosque« (kept at the Berliner Stadtbibliothek) is entitled »Mein Tanz« (»My Dance«), alluding to an even earlier poem, »Mein Tanzlied« (»My Dancing Song«). The latter poem, which appeared in Lasker-Schüler’s first volume of poetry Styx (1902), already introduced her self-identification with an ageless dancer who is doomed to perform for all eternity.

The image of the mummy evokes the fashionable infatuation of early modern dance with the unearthing of ancient mysteries, with archeological excavations, and with Egyptology in particular. The image of the dancing mummy in the tale also suggests an affinity between writing, drawing, and dancing as interrelated means of expression, complementing hieroglyphic »inscriptions« in Lasker-Schüler’s works. In the tales of Tino, the narrator seems to inscribe and enact Stéphane Mallarmé’s notion that dancing is, in fact, »bodily writing« in space, or »écriture corporelle«: »she [the dancer] is not dancing, but suggesting, through the miracle of bends and leaps, a kind of corporal writing, that it would take pages of prose, dialogue, and description to express, if it were transcribed: a poem independent of any scribal apparatus.«

The Nights of Tino from Baghdad (cover)